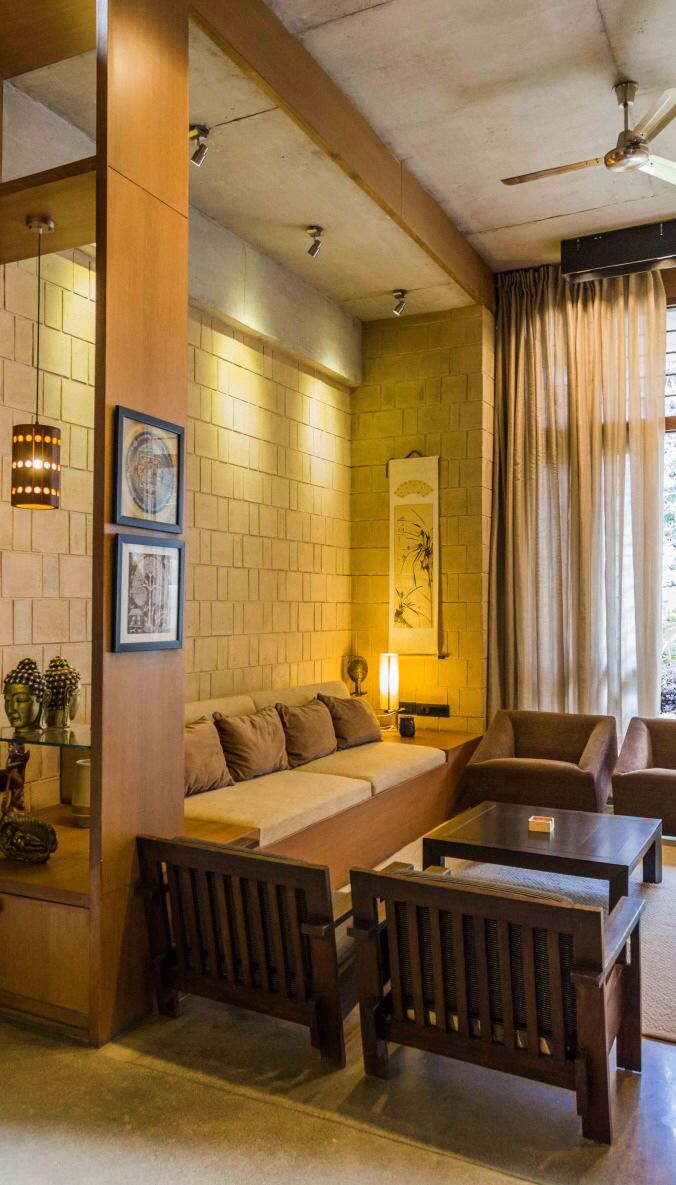 In the global search for solutions for sustainable building, architects and eco-engineers are exploring how to incorporate a more harmonious relationship between humankind and nature. One solution found is new architecture that uses nature as a design element in architecture. This new form of ecologically conscious architecture is called biomimetic vernacular architecture. The approach was first proposed by Spanish architect Gregorio Baroja y Aisa in his book “Arquitectura Biomimética” published in 1971, which stated that natural systems such as trees, mountains, or rivers can be borrowed and translated into human form to be used like building materials or logic systems without compromising the life of natural forms. This revolutionary movement was picked up again in the late 80s’ by German scientist and biology professor Wolfgang Helbig and his team. They applied the term ‘biomimetic’ to describe significantly new forms of architecture that were emerging from research into natural forms.

This natural architecture is important in modern construction because it is sustainable, uncomplicated and cheap. It makes use of readily available and renewable materials such as wood, plants, mud, clay and stone – materials that are familiar to human beings since time immemorial. These unique approaches incorporate not only nature itself as a design element but also draws on biological processes to create a living building; designs mimic living organisms such as trees or animals.

1) A home designed by Zoltan Pal for his family, who has been in the field of architecture for years and is known for his minimalist design. The house is made of clay bricks and small stones, which are produced within the region. This design makes use of bio-based materials and natural resources like small stones that are available in abundance in the area. Some of the considerations include: Dimensional uniformity on two different levels (upper and lower floors). Lateral continuity with a rectangular form as a contrast to vertical and horizontal elements. Natural ventilation (sliding doors on all sides). All windows are located in the center of the house. Space for circulation (stairs and different paths). The house is covered with natural slate tiles. There are many open spaces within the house, which retain a special character even though they are spatially organized.

The house is a part of an upscale residential community situated on a hill in New Delhi. The design concept is based on the use of clay bricks and locally produced small stones. The elevation is designed with bricks and stones of two different shades that form a contrast between the interior and exterior areas, with the idea of highlighting the surrounding greenery. Similar to other houses in the neighborhood, it also utilizes natural ventilation for passive cooling effect during the summer season by incorporating sliding glass doors on all sides. The layout is designed with large, unobstructed spaces interspersed with smaller rooms for circulation (stairs and different paths). 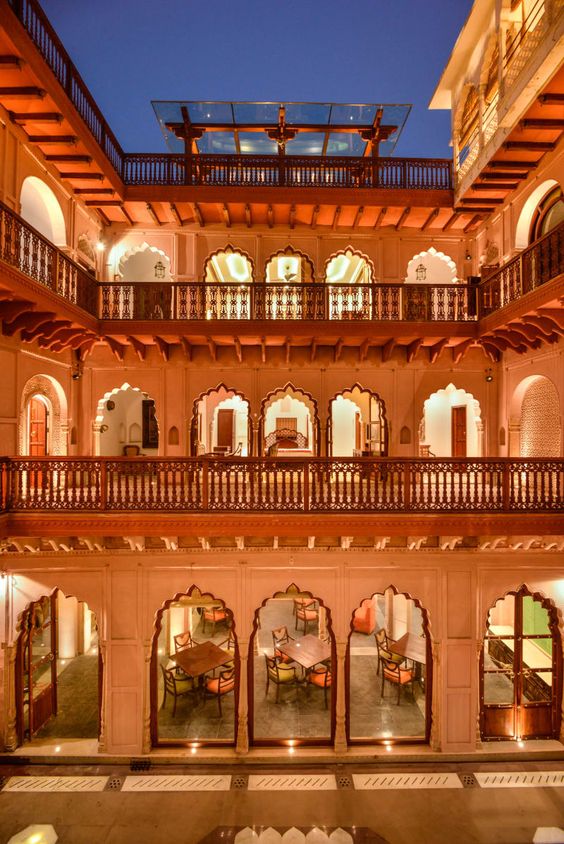 2) An eco-friendly home designed by Tejas Ambani, son of Reliance Industries Managing Director Mukesh Ambani, said to be inspired by his mother’s love for nature. The home is built on over 6 acres of land with a 200-foot-deep water reservoir, surrounded by lush greenery. The architecture of this home was inspired by the shape and size of a pomegranate that symbolizes beauty, richness and abundance. Some of the considerations include: Flush toilets (to replace individual defecating places). Contemporary concept of water storage namely gutters (no need for hoses), rainwater harvesting, about 60% of the lake is for farming. Natural ventilation (lots of openings on all sides).

Star-shaped floor plan with a central courtyard. 20-feet high glass wall to protect the house from storms. This particular home that is located in South Mumbai has been designed by the renowned architect Hafeez Contractor. It has been built in a sprawling 4 acres of land. The exterior is dominated by golden ochre Panchabuta and teak wood shades, with the interior made up of massive concrete columns and a stone floor. The mansion offers an impressive view of the Arabian Sea with a terrace garden, swimming pool and landscape gardens surrounding it. Open balconies all around, large windows that allow plenty of light to come in, and spacious rooms give it a simple yet elegant appeal.

3) The residence of Anurag & Mamta Khanna, built by Taneja Builders in 2004 and is made of granite and white limestone. Some of the considerations include: Floor Plan: It has a linear horizontal layout with a courtyard in the center, which is quite common in traditional Indian architecture. All rooms open to the courtyard. Living Room: There are four columns forming a rectangular structure to support the roof slab that rests on top of it. These four columns also add stability to the structure. Corridors: The corridors are also rectangular with door frames and are simple, beautiful and functional at the same time. 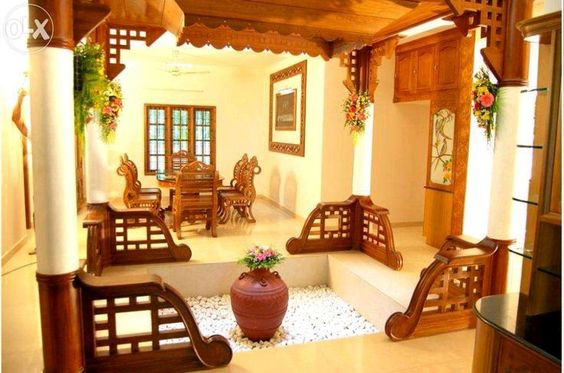 The corridor of the kitchen and dining area is narrow, but is located close to the main hall in order to make convenient use of space. There are regions where the walls are made of large glass block and other areas which are made using pure white limestone. Bedrooms: The rooms, including bedroom design, bathrooms and guest rooms are a collection of different forms & shapes – all with a simplistic yet sophisticated look. The corridors have pillars that serve as columns for the cupboards at both ends. This has helped in creating a unified design for each section of the house. Kitchen: The kitchen is quite large along with its adjacent pantry area, which is incorporated into one single volume that can be used as an open plan kitchen or separate areas for cooking meals.

As can be seen, the evolution of Indian architecture has been based on the use of natural materials and earthy design. We’ve seen that limestone has been used in various ways as a decorative element, to create walls and even as inner surface of a structure. Hence, it is not surprising that the first structures were built with this material. In spite of the fact that Indian traditional architecture is largely dependent on natural materials and earthy forms, modern classical style buildings are also found in various parts of India.

Tips for Building a New Home – From the Ground Up!

How to mix-up Traditional Art with modern Home?

We are a full-service home decoration firm that assists our clients around the world with decorations ideas for interiors and exterior.  If you want to know how to put your furniture in a living room, dining room, or bedroom.

© All rights are reserved